Not sure why I drew this...I think I came up with this as I was passing out one night, as is usually the case with my drawing ideas. 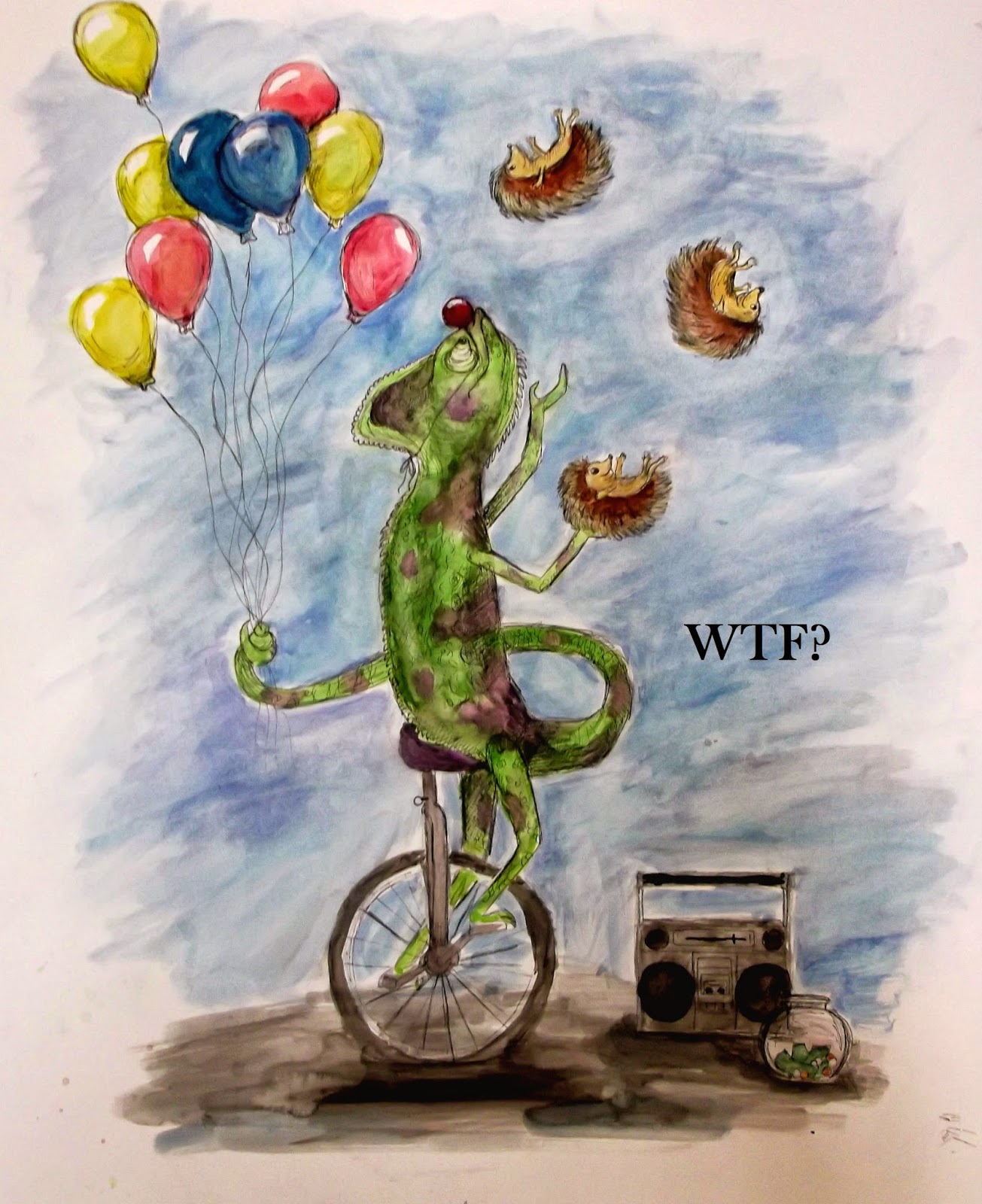 I work with mostly young African American women at one of my jobs. Sometimes I feel like the token white girl. For example, my co-workers think it's hilarious when I use the expression "girl, bye." Apparently I pronounce the "e" in bye, like "bi-eee" when it's just supposed to be a sharp, curt dismissal of a person when she is being ridiculous, aka "girl, bi." not "gurrl, byyeee" as I supposedly say it. Based on the way my co-workers mimic me, my speech pattern is straight out of the movie Clueless...which makes sense considering how many times I've watched that flick.

The girls at work teach me the latest lingo too. Which is cool, because I'm always trying to stay with the times and not become a complete curmudgeonly hater of this era. They taught me the adjective "ratchet", which I naturally looked up on urban dictionary with my shitty duct-taped laptop the second I got home....since I still have a flip-phone and couldn't figure out what they were saying immediately...which would've been ideal so that I could have pretended like I knew the meaning all along. My co-workers love my old-school phone, especially the youngest chick, I'm pretty sure she thinks it's a fossil.

Well lately I have had next to zero ideas for drawings/ posts, and as I was laying in bed trying to take a nap one afternoon, I thought about how the word ratchet kind of sounds like rat shit, and how "she ratchet" kind of sounds like "see rat shit" and below is what I consequently produced. I sent it to my co-worker Essence, who then showed it to some of her friends. They didn't get it, and one girl said "white people over-analyze everything." I think the problem with my drawings might be that there is actually really never anything "to get" about them, but I like to think that's the best part.