I was looking around at all of the suited up dudes that come into my place of employment regularly, and realized that a lot of them consistently look super pissed. Then I thought to myself "maybe some of them just suffer from Resting Dick Face".

I know resting bitch face is a thing, so for purposes of gender equality, I think RDF should become just as popular of a description. A lot of folks have it, just look around. 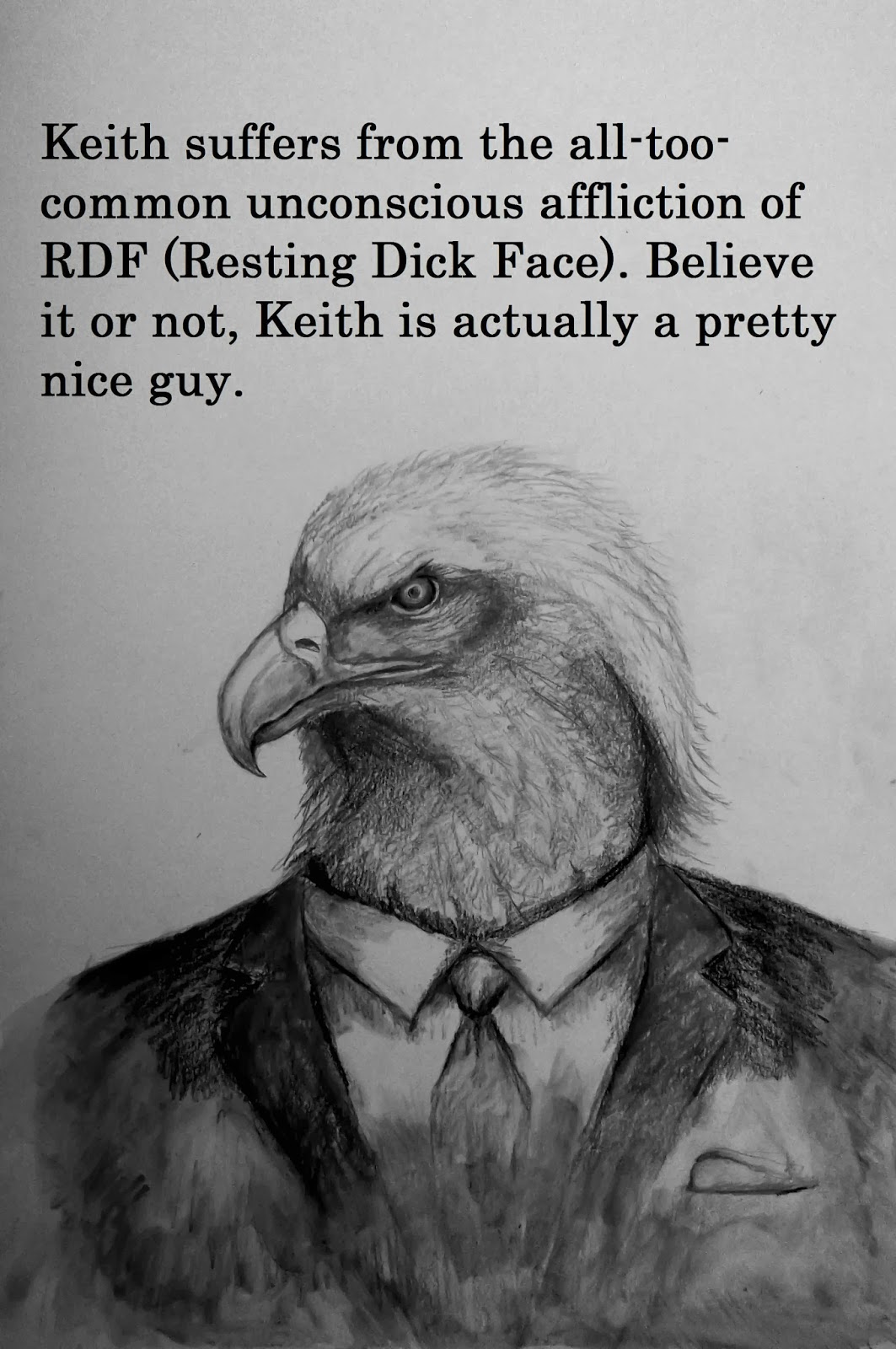 
As is the case every few years in the South, we experience slightly more than a dusting of snow and everyone freaks the fuck out. The most recent storm reached apocalyptic levels of accumulation: 6 whole inches...not exactly the Ron Jeremy's Richard of snowfall, but it was enough to turn a 20 minute commute into 5 hours for some, and to make tragically empty Starbucks cups suddenly appear suitable as toilets. Funny what the human mind will do when desperation and panic assume control. Maybe subconsciously us southerners don't actually feel endangered by snowfall, but just enjoy the drama and intensity of mass panic. As individuals we may say it's no big deal and laugh at ourselves as a region that can't handle some snowflakes, yet as a group we love to make it a huge fucking deal. The thrill, the rush, the pandemonium...that shit's addictive, y'all.

It was interesting timing for this event, because in recent months I've found myself preoccupied by the cultural obsession with apocalyptic themed media and zombie flicks. I've only seen one movie involving zombies, it took place in a shopping mall and I don't recall seeing it through til the end. That's not to say that I feel above the Zombie craze, they honestly just make me feel really weird and uncomfortable in a way that I don't like...maybe that's the part others enjoy...similar to the absolutely dreadful feeling I experienced on the handful of times I rode a roller coaster. The rush people experience while watching thrillers, or in some cases, the Weather Channel, makes me think that others enjoy panic, enjoy a virtual brush with death, a manufactured embrace with the end of life. I personally hate it. Am I more afraid of dying than others? I don't get a thrill at all. I just get fucking scared shitless. And it's a terrible feeling.

I'm scared of everything in life.

Which reminds me, I was walking in an airport with a friend recently and I pointed to one of those prostrate escalator treadmill sidewalk things and told her that they freak me out. She responded, "Everything freaks you out, Emily." It was in that moment that I realized I had lied, that those treadmill things don't really bother me, I actually kind of like them (I'm an anxiously fast walker by nature and I get insane sidewalk rage when trapped behind a bunch of slow walkers), but that I was just trying to make conversation, and it certainly made sense that I would be scared of them, because a lot of things give me irrational anxiety and she knows that (she is a very leisurely walker).

Anyway, back to Zombies. I've always found it funny that mainstream society loves the shit out of those movies, because it seems to me that the zombie is a symbol of the "mass man" and a critique/satire of capitalism, mass consumption and contemporary anti-intellectualism...though I recognize there's some snobbery/generalization/classism involved in that analysis. Still, I was interested to see if "the zombie as reflection of culture" was a topic of interest for others, and it is. There are a lot of articles out there about it.

People are generally drawn to heroic characters in film, so maybe the viewer experiences an unconscious desire to defeat the ever dulling of the modern mind, which is sort of an interesting irony (though I tend to use that word incorrectly a lot, thanks Alanis Morrisette, you bitch. Jk. I love you.) Or maybe people just like those movies, and there's nothing more to it, and that's fine. I am a pro at over analyzing/ making-something-out-of-nothing.

I also teared-up when I watched Kanye propose to Kim on television...so it's not like I'm immune to zombiedom, it's just easier to recognize it in others than oneself, and more fun, because false feelings of superiority are a survival tactic, right?

The obsession with the end of the world/ civilization and/or the apocalypse is fascinating to me for other reasons, and this writer articulates that far beyond my capacities: Top 10 Reasons Humans Are Obsessed With the Apocalypse
Posted by Emily Story at 6:16 PM 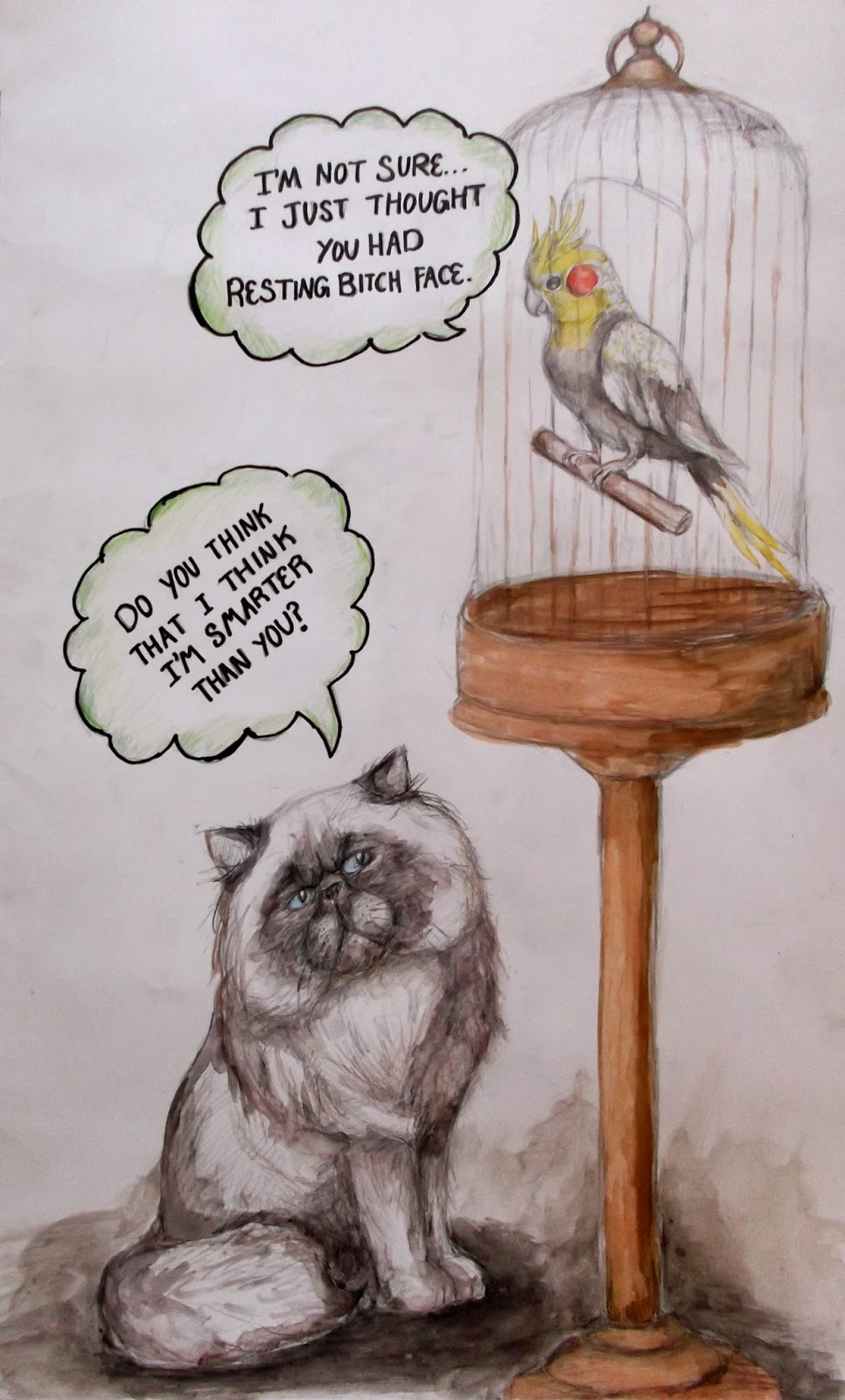 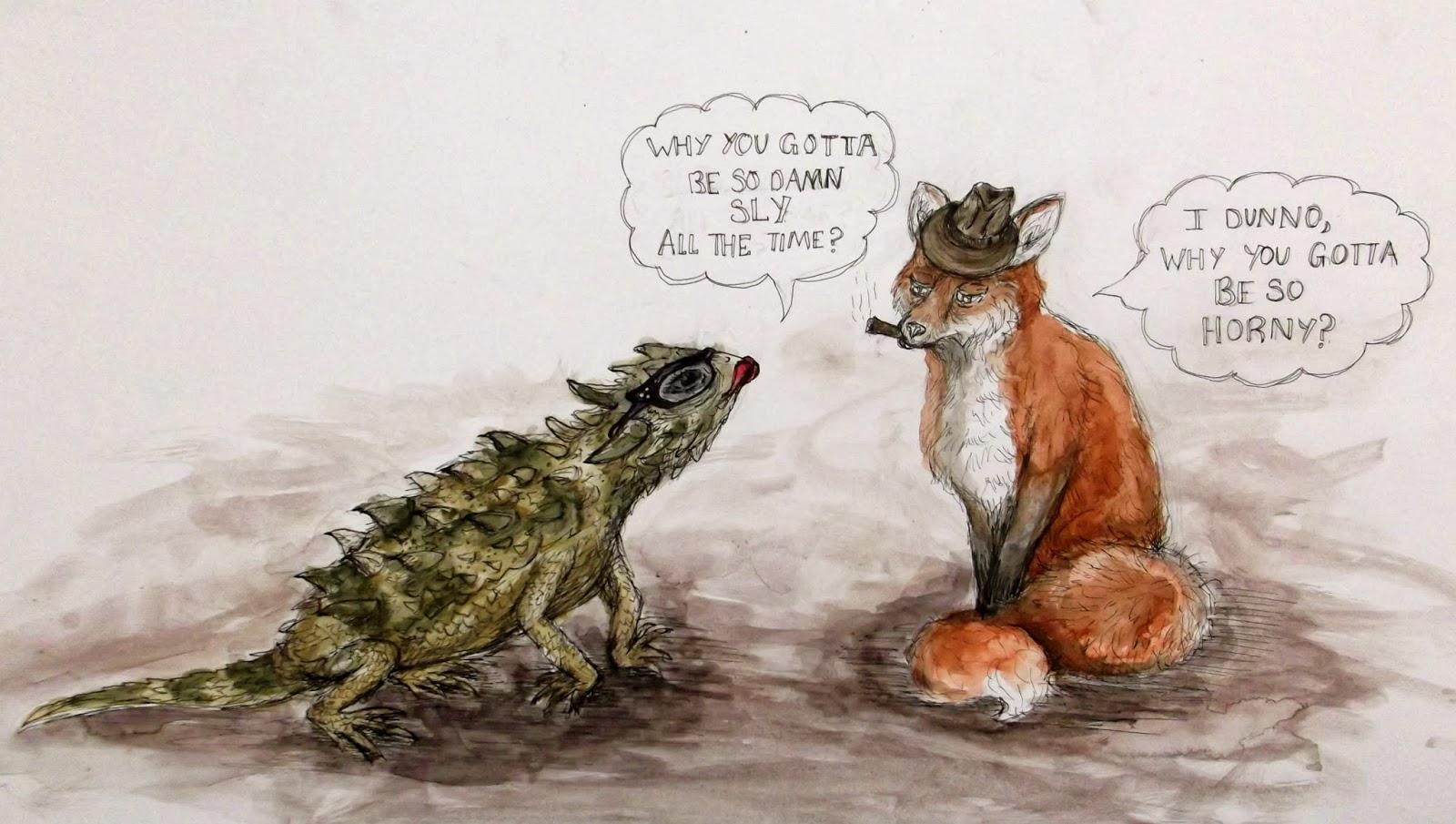 It was 'Family Day' at the art museum I visited on Sunday.

I hear coloring is meditative...

So I sketched out my own mandala type thing...like the hippy chick that I'm not....and colored it in while watching "Sex and the City" re-runs followed by "There Will be Blood" and it was, in fact, quite relaxing. 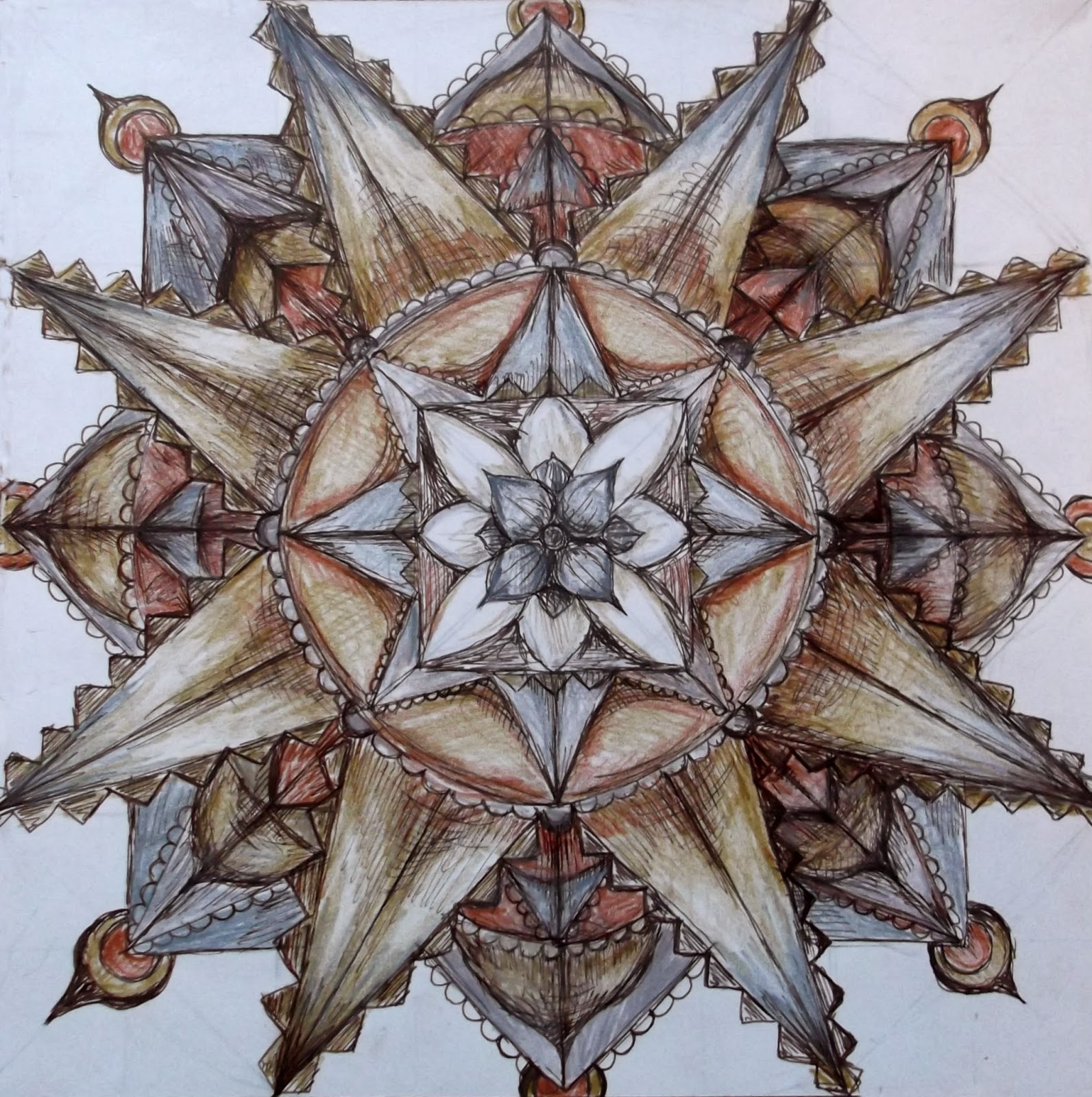